When Politifact was founded in 2007, their leaders visited me in person to recruit me as one of their "go-to" fact-checking sources.

I eventually quit working with them when it became clear that my role was to provide conservative cover for partisan-left fact checks. (1/3) https://t.co/rSgDn3lngh

Click the link for the other two tweets in the thread.

Add Riedl's name to a fairly impressive list of similar experiences from people like Michael F. Cannon and Judith Curry.

Posted by Bryan White at 9:20 PM No comments:

Layers of Editors: How fast is PolitiFact's stupidity growing?

Uh-oh! PolitiFact's incompetence unfairly harmed a Democrat again! This time it was hapless Joe Biden who ended up with the short straw by PolitiFact's blinkered judgment.

PolitiFact explained that over the past 10 years the number of Hispanics increased by about 10 million, while the number of Asian Americans went up by 5.2 million.

Why is an increase, on average, of 520,000 per year a faster increase than about 1 million per year?

Biden said "the fastest-growing population in the United States is Hispanic." That’s incorrect: The fastest-growing group is Asian Americans, with Hispanics ranking second. Hispanics did record the largest numerical increase in population of any group between 2010 and 2019, but that’s a different measure than "fastest growing."

Instead of recognizing more than one measure of "fastest-growing," PolitiFact arbitrarily accepts one measure while rejecting the other.

But an increase of 1 million per year on average is a rate of growth, and arguably more useful than measuring rate of growth as a percentage of an existing population.

So who do these fact checkers think they are?


Update March 8, 2021: Added the link to the PolitiFact "fact check" in the second paragraph.

If it was a snake, it would have bit me.

When "Unwoke Narrative" used a Twitter thread to go off on PolitiFact for the "Mostly False" rating it gave to an Unwoke Narrative Instagram post, one of the issues was a charge PolitiFact used a misquotation.

We questioned Unwoke Narrative about that charge, noting that the supposed misquotation looked like a paraphrase or summary.

Unwoke Narrative made a great point in response. PolitiFact signals to readers that its quotations/summaries/paraphrases of the claims it is checking are quotations.

The deck material of PolitiFact fact checks gets formatted the way many blog templates show quotations. There's a solid vertical bar to the left of the quoted material. And a lone quotation mark in the margin.

For comparison, have a look at this example from a page designed to help bloggers blog more stylishly:

How did I overlook this for a year?

I thought of one way PolitiFact's format might not mislead people: Maybe it's a pull quote? If it was a pull quote, then PolitiFact could justify putting partial quotations inside a bigger quotation using the standard doubled quotation marks (" instead of ').

But these aren't pull quotes. They're summaries, paraphrases, quotations or sometimes combinations of those formatted as quotations.

We find it unimaginable that professional journalists could find this presentation acceptable. We imagine the experienced journalists at PolitiFact gave the design team too much free rein and then failed to see the problem when it came time to approve the revised format.

It's a deceptive practice and needs to go.

I still can't believe I didn't notice it without having it pointed out to me.

Posted by Bryan White at 6:00 AM No comments:

Email ThisBlogThis!Share to TwitterShare to FacebookShare to Pinterest
Labels: If it was a snake it would have bit me, misquotes, Unwoke Narrative

Here and at Zebra Fact Check we have documented obvious errors pointed out to PolitiFact that PolitiFact simply declines to fix.

How delicious, then, when we heard that PolitiFact Editor-in-Chief Angie Drobnic Holan requested corrections of the conservative publication the Federalist. And royally botched at least one of them.

“Your report is wrong in multiple ways,” Holan wrote in a Friday email. “For one, we published three fact-checks on Feb. 16, so our last check on Biden was the day before your report was published. The link you use in the story shows that. Please issue a correction ASAP.”

The link embedded in the initial post to Biden’s fact-checks on the PolitiFact website, however, which remains unchanged, shows PolitiFact published three fact-checks after the story was published in The Federalist, of statements made on Feb. 16, including Biden’s remarks on vaccines. Contrary to Holan’s assertion, these fact-checks were published on Feb. 17 and 18, following the Federalist article.

The Federalist story included an image backing up Justice's description, which we independently verified. It looks like Holan probably mistook the date the claims were made as the publish date. When PolitiFact revamped its website about a year ago, it moved the claim date up to the top of the article and the publish date down and to the left to accompany the writer's byline. 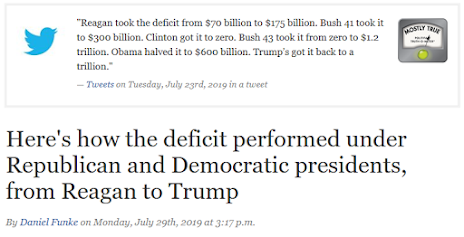 The old layout had the date of the claim in the box up top and the publish date next to the author's byline, down at the bottom of the header section. 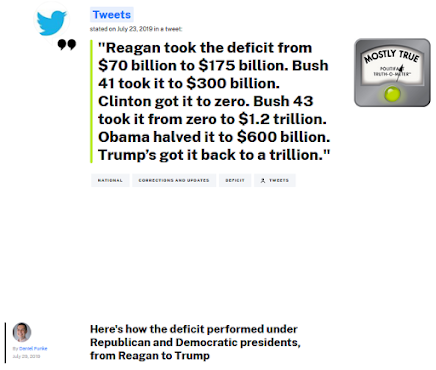 With the new layout the claim date moved all the way up to the top, under the source of the claim. The publish date moved, along with the writer's byline, to the left margin. And shrank.

It looks like Holan believed the claim dates were the publish dates. It's not the kind of mistake an organization wants to see from its editor-in-chief.

We asked Holan for an explanation but received no reply.

It's worth pointing out that Holan claimed there were a number of errors in the Federalist article. We also asked her about those, after we asked Justice, the Federalist writer, about them. If Holan found legitimate problems with the Federalist story then Justice should not have buried the fact.

But as for Justice's allegation that Holan was mistaken with the first part of her correction request, the Internet Archive record from Feb. 17, 2021 shows no fact checks featuring Joe Biden published on Feb. 16, 2021.

Update March 5, 2021: A commenter has correctly noted that this post could benefit from added context. We inserted a short new paragraph in the three slot and added the link to the Federalist story that was always intended to be there. We appreciate comments that help us improve our work.