Our post "Google Doesn't Love Us Anymore" prompted a response from the pseudonymous "Jobman."

Nonsensical comments are normally best left unanswered unless they are used for instruction. We'll use "Jobman's" comments to help teach others not to make similar mistakes.

"Jobman" charged that our post misled readers in two ways. In his first reply "Jobman" offer this explanation of the first of those two allegedly misleading features:


This post is misleading for two reasons, 1. Because it implies that google is specifically down-ranking your website. (Yes, it still does, even if your little blurb at the bottom tries to tell otherwise. "One of the reasons we started out with and stuck with a Blogger blog for so long has to do with Google's past tendency to give priority to its own." and "But we surmise that some time near the 2016 election Google tweaked its algorithms in a way that seriously eroded our traffic" Prove this point)

We answered that "Jobman" contradicted his claim with his evidence.

Lesson One: Avoid the Non Sequitur

"Jobman" asserts that our post implies Google specifically downranked the "PolitiFact Bias" website. The first evidence he offers is our statement that in the past Google gave priority to its own. Google owns Blogger and could be depended on to rank a Blogger blog fairly quickly. What does that have to do with specifically downranking the (Blogger) website "PolitiFact Bias"? Nothing. We offered it only as a reason we chose and continued with Blogger. Offering evidence that doesn't support a claim is a classic example of a non sequitur.

Lesson Two: Looking Up Words You May Not Understand Can Help Avoid Non Sequiturs

"Jobman" offered a second piece of evidence that likewise counted as a non sequitur. We think "Jobman" doesn't know what the term "surmise" means. Not realizing that "surmise" means coming to a conclusion based on reasoning short of proof might lead a person to claim that one who claims to have surmised something needs to provide proof of that thing. But that's an obvious non sequitur for a person who understands that saying one "surmised" communicates the idea that no proof is offered or implied.

Jobman added another example of this fallacy in his second reply:


Your title, "Google doesn't love us anymore" and contents of your post prove that you believe that Google somehow wants to push your content lower, yet you give no evidence for this.

That's a criminal misunderstanding of the burden of proof.


Then, since you don't have any evidence, you try to brush it off and say "This post isn't about google targeting us" When every part of your post says otherwise.

His incoherence is palpable, and given that we specifically said that we were not saying Google specifically targeted the PolitiFact Bias site a critic needs an incredibly good argument to claim that we were arguing the opposite of what we argued. "Jobman" does not have that. He has a straw man fallacy supported only by his own non sequiturs.

The burden of proof falls on the one claiming something in the debate context, or on anyone who wants somebody else to believe something in everyday life.


When you claim that Google has made changes that have negatively impacted your website, you DO have to prove that. For now, I'll just dismiss your claim entirely until you provide evidence that google has made these changes, and that your website was previously ranked on the top of the list.

We said we surmised that Google's tweaking of its algorithms resulted in the downranking. As noted earlier, "Jobman" apparently thinks that claiming something while admitting it isn't proven obligates the claimant to prove the claim. Claiming to have proof carries with it the natural expectation that one may obtain that proof by asking. Recognizing when proof is claimed and when it isn't helps prevent mistakes in assigning the burden of proof.

In fact, the PFB post does offer evidence short of proof in the form of screenshots showing top-ranked searches from Bing and DuckDuckGo along with a much lower ranking from Google. Specific evidence of the Google downranking comes from reported evidence of past observations of a consistent top ranking. Evidence of Google tweaking its algorithms is not hard to find, so the argument in our post counted that as common knowledge for which the average reader would require no proof. And others we could expect to research the issue if they questioned it.

As for the promise to dismiss our claims for lack of proof, that is the prerogative of every reader no matter the literature. Readers who trust us will tend to accept our claims about our Google rank. Others can judge based on our accuracy with other matters. Others will use the "Jobman" method. That's up to the reader. And that's fine with us.


It was news to us that we posted the Bing and DuckDuckGo search results to prove Google is specifically biased against the PolitiFact Bias website. We thought we were showing that we rank No. 1 on Bing and DuckDuckGo while ranking much lower on Google.

We suppose "Jobman" will never buy that explanation:


Every single web indexing website in the history of the internet has had the purpose of putting forth the most relevant search results. You could prove that by literally googling anything, then saying "'X' Irrelevant thing didn't show up on the search results", but you compared search results of google and other search engines In order to convey the theme that google is somehow biased in their web searches because your website isn't at the top for theirs.

All search engines are biased toward their managers' vision of relevant search results. The bias at Bing and DuckDuckGo is friendlier to the PolitiFact Bias website than the bias at Google.

"Jobman" finished his second reply by telling us about ways we could improve our website's page rank without blaming Google for it. If that part of his comment was supposed to imply that we blame our website traffic on Google, that's misleading.

Obviously, though, it's true that if Google gave us the same rank we get from Bing and DuckDuckGo we would probably enjoy healthier traffic. The bulk of our traffic comes from Google referrals, and we would expect a higher ranking to result in more of those referrals.

Like we said in the earlier PFB post, it comes down to Google's vision of what constitutes relevance. And clearly that vision, as the algorithm expresses it, is not identical to the ones expressed in the Bing and DuckDuckGo algorithms.

We did not and do not argue that Google targeted "PolitiFact Bias" specifically for downranking. Saying otherwise results in the creation of a straw man fallacy.

Note: "Jobman" has exhausted his reply privileges with the second reply that we quoted extensively above. He can take up the above argument using a verifiable identify if he wishes, and we will host comments (under other posts) he submits under a different pseudonym. Within limits.

One of the reasons we started out with and stuck with a Blogger blog for so long has to do with Google's past tendency to give priority to its own.

It took us very little time to make it to the top of Google's search results for Web surfers using the terms "PolitiFact" and "bias."

But we surmise that some time near the 2016 election Google tweaked its algorithms in a way that seriously eroded our traffic. That was good news for PolitiFact, whose fact checking efforts we criticize and Google tries to promote.

And perhaps "eroded" isn't the right word. Our traffic pretty much fell off a cliff between the time Trump won election and the time Trump took office. And it coincided with the Google downranking that occurred while the site was enjoying its peak traffic.

We've found it interesting over the past couple of years to see how different search engines treated a search for "PolitiFact bias." Today's result from Microsoft's Bing search engine was a pleasant surprise. Our website was the top result and our site was highlighted with an informational window.

What does the same search look like on Google today?

A "PolitiFact" information box to the upper right?

It's fair to charge that we're not SEO geniuses. But on the other hand we provide excellent content about "PolitiFact" and "bias." We daresay nobody has done it better on a more consistent basis.

DuckDuckGo is gaining in popularity. It's a search engine marketing itself based on not tracking users' searches. So we're No. 1 on Bing and DuckDuckGo but No. 7 on Google.

It's not that we think Google is deliberately targeting this website. Google has some kind of vision for what it wants to end up high in its rankings and designs its algorithms to reach toward that goal. Sites like this one are "collateral damage" and "disparate impact."

These restrictions apply to both full-time staffers, correspondents and interns. We avoid doing anything that compromises PolitiFact, or our ability to do our jobs.

Hey @realDonaldTrump, if you need a refresher on the Maria death toll estimates in Puerto Rico, we have that for you. https://t.co/l7kTx9cHGr https://t.co/O8RLaO6aoe
— PolitiFact (@PolitiFact) September 13, 2018

We're having trouble getting that one past the definition of "snark":


: an attitude or expression of mocking irreverence and sarcasm 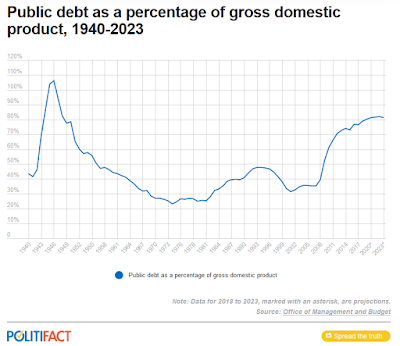