When is a tax that isn't a tax a tax?

Biden's claim was based on filling in blanks of  Romney's budget plan based on extrapolations.  PolitiFact ruled the claim "Mostly False."

The Romney campaign's claim was based on translating the accumulated interest from Mr. Obama's spending programs into a tax collected over a 10-year period.  In other words, the Romney campaign extrapolated from the ongoing costs to place a number on a tax that Mr. Obama has not proposed.  PolitiFact ruled the claim "Pants on Fire."

We think the comparison helps illustrate the arbitrary nature of PolitiFact's rating system.  In both cases, the claim is based on the made-up existence of a proposed tax. 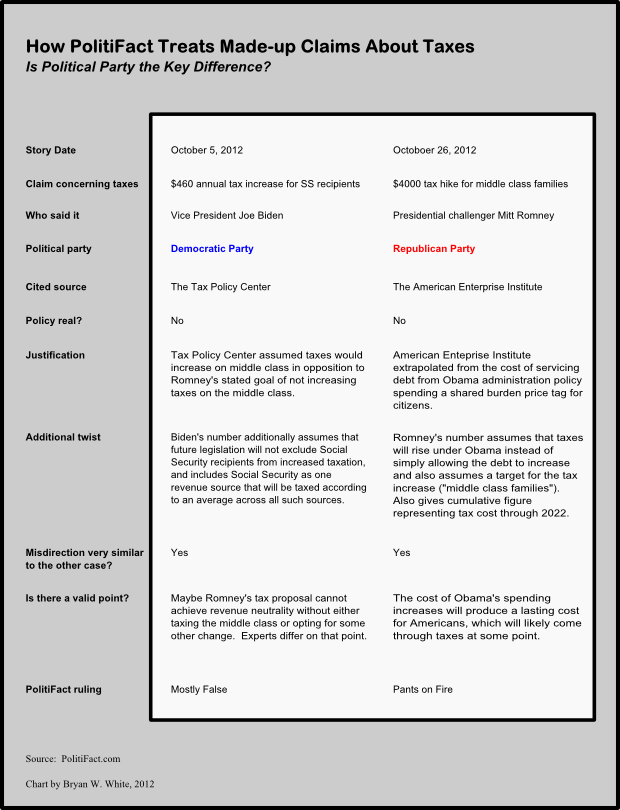 Update Nov. 6, 2012:  The image did not behave as hoped when clicked upon, so it's been re-sized and embedded at its actual size to make it easier to read.  The page may load more slowly than average as a result.