PolitiFact Editor: "There Might Be Some Inconsistencies From Time to Time"

During a PolitiFact Reddit AMA, we asked about PolitiFact's defense of the Affordable Care Act's "cuts" to Medicare compared to its antagonistic reporting of GOP efforts to cut Medicare and Medicaid.

Inconsistencies from time to time ... yeah, that's one way to put it.

We added URLS to the quotations for emphasis and to lead to the source of the quotation. This survey helps establish beyond reasonable doubt that PolitiFact disagreed with the characterization that the ACA cut Medicare.

"The ad loses points for accuracy because the $500 billion aren't actual cuts but reductions to future spending for a program that will still grow significantly in the next 10 years."

"The new law would indeed slow the rate of growth of the broader Medicare program by roughly that amount over 10 years. But it's not a slam-dunk that this represents a cut."

"The ad conflates actual cuts with decreases in future spending, over the next decade for a program expected to expand, and it fails to mention any of the benefits to seniors under the new Medicare program."

"Boxer voted for the health care bill, but it didn't cut $500 billion out of the current Medicare program. Instead, it slowed growth over the next 10 years."

"That makes it sound like money out of the Medicare budget today, when Medicare spending will actually increase over the next 10 years. What Johnson labels a cut is an attempt to slow the projected increase in spending by $500 billion."

"The vote taken by Congress was not to cut Medicare but to reduce the rate of growth by $500 billion by targeting inefficiencies in the program."

"The $500 billion in 'cuts' are actually cuts to future increased spending, so we give Haridopolos some credit for not simply calling it cuts to Medicare as so many others have done."

"So while the health care law reduces the amount of future spending growth in Medicare, the law doesn't cut Medicare."

"But it incorrectly describes it as $500 billion in Medicare cuts, rather than as decreases in the rate of growth of future spending."

"The referenced $500 billion figure depends on a slowing in the pace of Medicare cost increases. That’s not the same as cutting back"

"But the law attempts to curtail the rapid growth of future Medicare spending, not cut current funding."

PolitiFact has shown comparatively little interest in frequent claims from Democrats that Republicans are cutting/slashing/gutting Medicaid or Medicare.

"And on one level, she has a point, we at PolitiFact found. Future savings are not always 'cuts.'"

PolitiFact got around Conway's point by asserting that the BCRA cut Medicaid enrollment and that feature made the bill a cut. That's despite Conway's claim coming from a context that focused on dollars spent.


The Senate Budget Committee has a point that Medicare spending will be going up, just not as fast as it would under the status quo. It also has a point that more modest cuts sooner could stave off bigger cuts later. (Experts have often told us that it’s presumptuous to assume significant economic growth impacts before they materialize.)

But we don’t find it unreasonable for Schumer to call cumulative reductions to Medicare and Medicaid spending in the hundreds of billions of dollars "cuts."

When did it turn reasonable to call cumulative reductions to Medicare or Medicaid spending "cuts"?

The 2017 entry (bold emphasis added, hyperlinks in the original):


The 2018 White House budget proposal released in May left Medicare benefits largely untouched compared with Medicaid, which would see a more than $600 billion decrease over 10 years compared to current spending levels. Still, Medicare spending would decrease by more than $50 billion in the next decade compared with current levels.

The 2018 entry (bold emphasis added, hyperlink in the original):


Over 10 years, Trump's 2019 budget proposal says it would cut Medicare spending by a cumulative $236 billion, including by reductions in "waste" and "fraud" and by changing the way drugs are priced and paid for in the program.

Again, PolitiFact finds it completely unimportant to distinguish between cuts to current spending and slowing the projected growth of spending.


For Medicaid, Republican-proposed cuts could lead to specific individuals losing their coverage.

Hey, PolitiFact, are those actual cuts or merely slowing the growth of the program's spending? Is it even important to distinguish between the two?

PolitiFact's framing of cuts to program growth changed systematically and dramatically, mostly (there are a small handful of exceptions) depending on which party was receiving criticism. The pattern over a period of years is obvious and irrefutable.


"Some inconsistencies from time to time." O-kay. 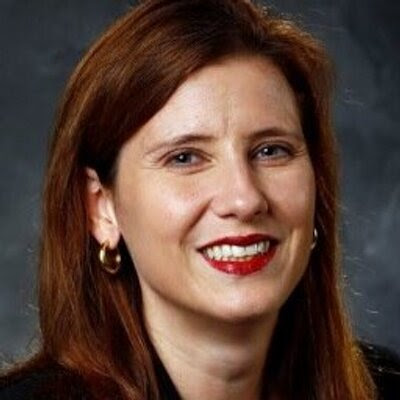