How To Tell a Climate Science Denier 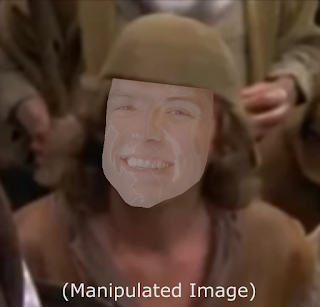 Who would believe how often professional fact-checkers fail spot-checks of their accuracy?

On Feb. 9, 2021, PolitiFact's Daniel Funke had his byline appear on a fact check that featured this:

The Epoch Times attributed the tally to John Droz Jr., who it described as a "physicist and environmental advocate in Morehead City, N.C." Droz is a political activist who has denied the science of climate change and advocated against legislation aimed at mitigating sea-level rise.

Funke's fact check looked at a chart Droz created and the Epoch Times used as the foundation for a story about the outcomes of court cases addressing the 2020 presidential election. Funke's implicit ad hominem and genetic fallacies aside, we wondered if Droz was the climate change science denier Funke claims.

PolitiFact says it picks which claim to check partly by simply running across claims that cause one to wonder "Is that true?" That's the method we used for this spot check.
We would expect a professional journalist using URL hotlinks in the body of a story to use them to properly back up the claims in the story. So where "has" and "denied" feature those hotlinks in the context of claiming Droz denies climate change science, we expect at least one of them to offer solid evidence of Droz denying climate change science.

The first hyperlink led to the news site WRAL.com dated June 6, 2012 (archived Feb. 10, 2021). The article claims Droz denies climate change science. It does not quote Droz to that effect (bold emphasis added) and offers no relevant examples to illustrate its claim:

On the front lines of the debate is NC-20's science consultant John Droz, a retired realtor and climate change denier who's become something of a cause celebre in conservative circles.

Promoted by the conservative John Locke Foundation, Droz has given presentations on energy and climate change around the state. He's also a fellow of the conservative American Tradition Institute, along with former Locke Carolina Journal editor Paul Chesser.

Is it proof enough for Funke and PolitiFact that an article hosted at WRAL.com called Droz a climate change denier? Did Funke even notice the update to the article, dated the day after it published (June 7, 2012)?

Update: In response to this post, Mr. Droz contacted us to seek a retraction. He says he is not a climate change denier, and says he has "never claimed to be a climate expert."

WRAL offered no rationale for refusing Droz the requested retraction.

Funke used a news report claiming, without evidence, that Droz was a climate change denier and with an addendum that featured Droz denying he is a climate science denier.

And the evidence of climate science denial?

The strongest evidence in the piece appears to consist of an expert's opinion that Droz's work criticizing scientists may lead to lower trust in scientists who promote various climate change ideas. This:

The efforts of Droz – and those who present similar arguments in a similar fashion, notably Fox News and other conservative media – erode the public trust in scientists, said Dana Nuccitelli, an environmental scientist at a consulting firm in California and an advocate for responsible energy policies.

An outsized voice
It also discredits the notion of global warming, added Nucitelli, who recently co-authored a study looking at the scientific consensus on climate change.

Was Nucitelli turned into a newt or what?

Funke's evidence that Droz counts as a denier of climate change science comes across about as strong as the evidence of witchery from the witch trial in the classic film "Monty Python and the Holy Grail."

That's minus the accused turning out to weigh the same as a duck, of course.

Maybe there's good evidence Droz counts as a climate change science denier. If there is, Funke and PolitiFact should mention the evidence in the fact check.