PolitiFact vs Your Lyin' Eyes on the immigration invasion

On Sept. 6, 2022 PolitiFact published an item titled "A surprising number of Americans believe these false claims about immigrants. Here are the facts."

We have a favorite among the supposedly false claims believed by a surprising number of Americans.

"There is no invasion at the southern border"

No invasion at the southern border? Tell us more, PolitiFact.

More than half of Americans surveyed by NPR/Ipsos believe it is completely or somewhat true that the "U.S. is experiencing an invasion at the southern border."

But many immigrants crossing the border illegally turn themselves into Border Patrol agents on purpose, to ask for asylum, Brown said.

"That is not behavior that you would really attribute to an invader," Brown said. She said that usually, the term invasion is used to describe a concerted effort by a country to forcibly enter another country to take it over.

Such reasoning does not belong in fact-checking. On the contrary, the logic PolitiFact accepts belongs as far from fact-checking as possible.

At least PolitiFact declined to follow the lead of its source, NPR/Ipsos, in calling the term "invasion" racist. 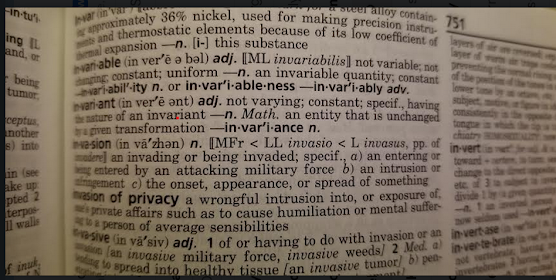 in-va-sion ... n. ... an invading or being invaded; specif., a) an entering or being entered by an attacking military force b) an intrusion or infringement

Is there any valid reason to suppose that illegal entry to the United States does not count as intrusion? Of course not. And any fact-checker unable to figure that out cannot be worthy of the name.

Regarding the invasion at the southern border, you can believe PolitiFact or your lyin' eyes.