We found little merit in his criticism, but we credit Chapman with providing a concrete example intended to support his claim that PolitiFact is often tougher on Democrats than Republicans when rated on the same issue.

We don't think Chapman's example serves him well.  PolitiFact was unfair to both Cantor and Durbin, but their statements are so different that it's preposterous to compare these "Truth-O-Meter" ratings as though it's apples-to-apples.

In neither case was confusion between the deficit and the debt the issue.  PolitiFact illicitly tried to make it the issue in Durbin's case.

Cantor said the deficit's going up, and he was obviously talking about the long-term structural deficit posed by entitlement spending.  The administration has talked big on entitlement reform and delivered only by raising entitlement spending (ACA subsidies) and taxes while putting a loose cap on Medicare spending.  PolitiFact dinged Cantor down to "Half True" since the deficit is temporarily dropping as bailout and stimulus spending tails off.

In Durbin's case, PolitiFact simply ignored the simple explanation of Durbin's claim that Democrats are cutting the debt:  Durbin was talking about the cumulative effects of a lower deficit, which is an effect on the debt.  But Durbin was less accurate than Cantor since Durbin used the common politician's trick of referring to slower growth of the deficit/debt as a cut.  That language produces the false impression that Congress has a handle on the growth of the national debt.

Cantor's claim about the U.S. budget was far less misleading than Durbin's, and PolitiFact did a bad job on both fact checks.  Durbin was arguably harmed more than Cantor by PolitiFact's ineptitude, but we repeat that the claims are so different that a comparison of the ratings isn't much use. 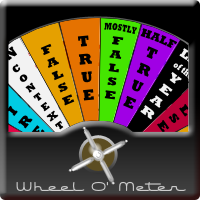 When PolitiFact is checking essentially the same statement from Republicans and Democrats, the Democrats fare better.  We've seen it, for example, in claims about raising congressional pay and in claims about the gender wage gap.

In comparison, the Cantor/Durbin case offers extremely poor evidence of Democrats suffering worse than Republicans on the same claim.  This is not the sort of case one should offer as the best example.

Regarding Chapman's other criticisms of PolitiFact Bias, he judged our content based on a survey of our stories.  He didn't do a good job with that survey, and his method apparently caused him to skip the pages that spell out the scope of our case against PolitiFact (About, APoP, Research).