We ridiculed PolitiFact's gender wage gap rating connected to President Obama's State of the Union address.  We ridiculed it because when Obama said women are paid only 77 cents on the dollar compared to men, then said that condition is unacceptable today, and then called for equal pay for equal work, PolitiFact decided that the last point was simply "aspirational."  In other words, Obama wasn't saying that 77 cents on the dollar was for doing equal work.  The claims were distinct, therefore Obama earned a "Mostly True" rating instead of the "Mostly False" rating PolitiFact usually uses when it is claimed women receive 77 cents on the dollar for doing the same work as men.

It turns out the White House has been giving away greeting cards (at least) since mid-2013.  Not just any greeting cards, mind you.  These are aspirational greeting cards.  They mention the disparity of 77 cents on the dollar and call for equal pay for equal work. 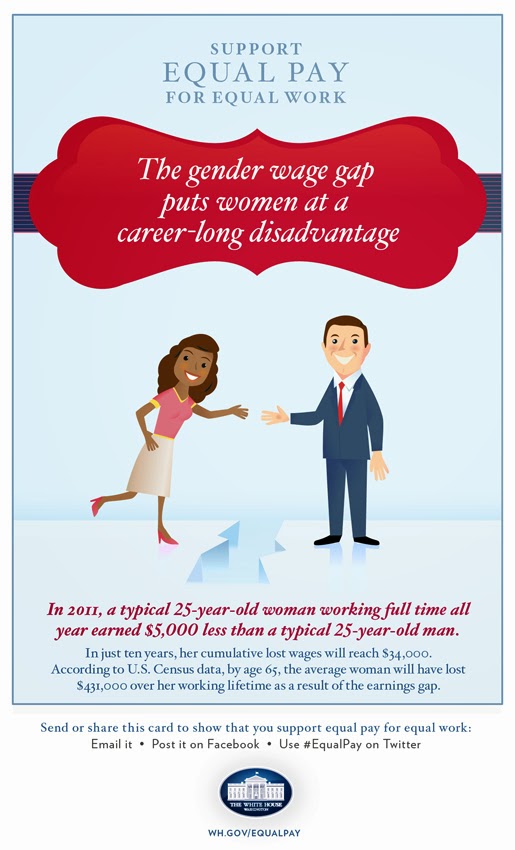 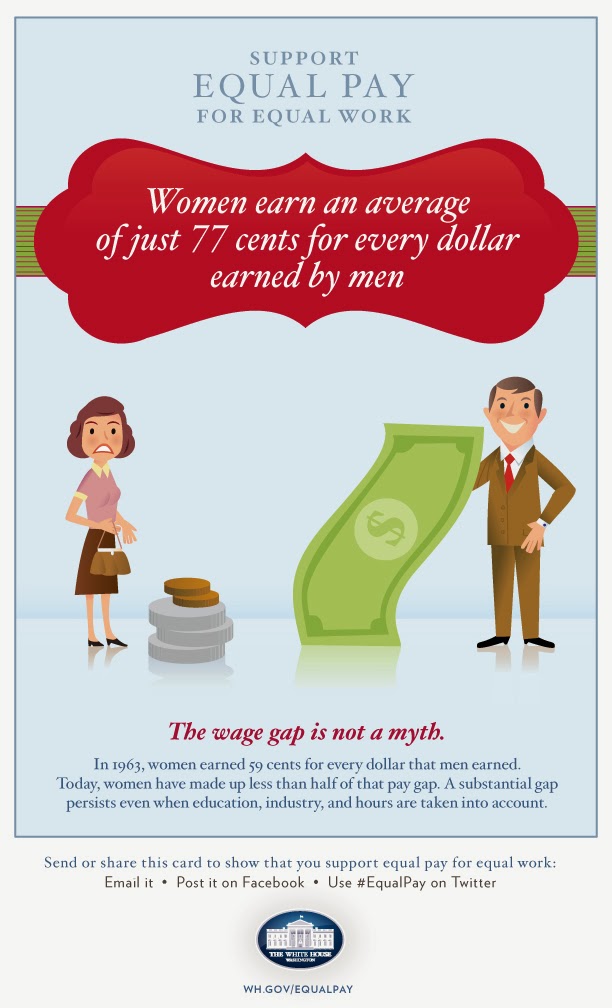 And why shouldn't the White House keep right on using this type of misleading presentation when PolitiFact will look the other way?

Have an aspirational day!
Posted by Bryan White at 11:13 AM