This week a person argued on PolitiFact's Facebook page to the effect that PolitiFact isn't biased since the Tampa Bay Times endorsed Mitt Romney in the 2012 presidential election.

Of course the person had confused the Tampa Bay Times, which owns and runs PolitiFact, with the more conservative Tampa Tribune.  The Times endorsed Obama in 2012, just as it has endorsed Democratic candidates going back at least to 1948.

Without further ado, the documented evidence of the Times' support for Democratic presidential candidates going back to Truman:

The Times recommends: Obama for President

The Times doesn't make it easy to research its endorsements, so we have to rely on some secondary sources to round out our list.  Google's News Archive made the process perhaps easier than it's ever been. 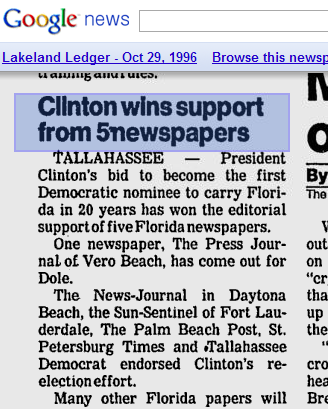 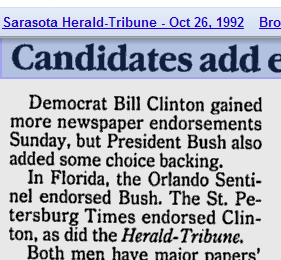 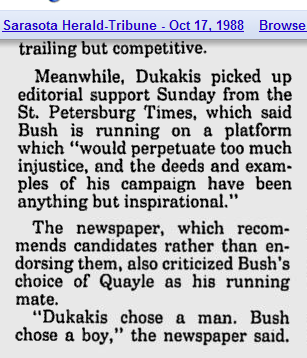 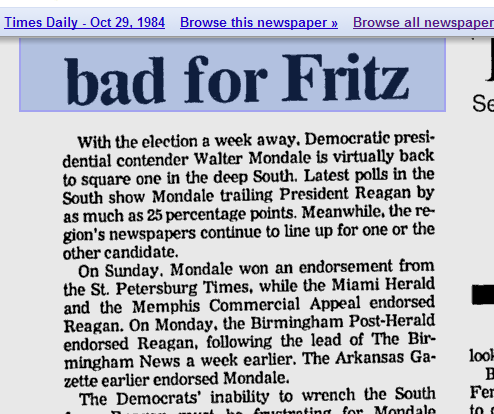 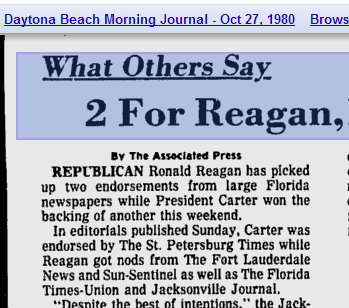 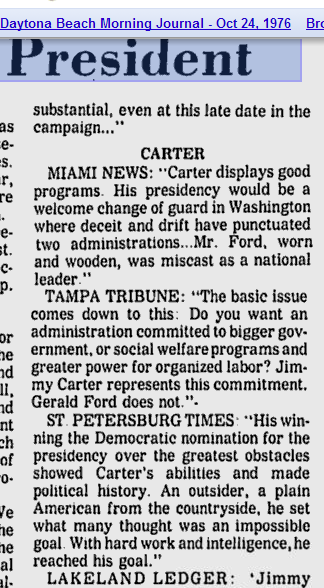 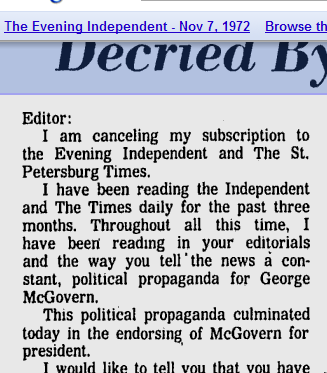 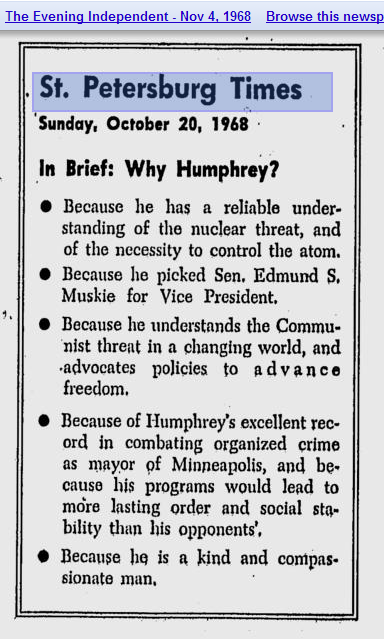 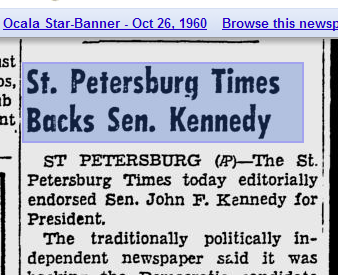 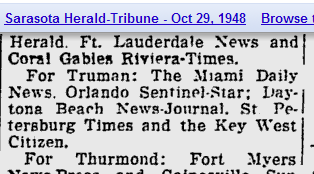 The Times isn't as secretive about its endorsement history as we made it appear.  It's true that the Times' searchable archive makes individual endorsements hard to acquire, but the Times asked its editor of editorials and corporate board member Tim Nickens a question related to the subject back in 2010 (bold emphasis added).


"While we have never recommended a Republican for governor or U.S. president, we have recommended Republicans in other statewide general elections for Cabinet."

That's a history of presidential elections dating back to the Times' origin back in 1884.

Maybe they endorse only Democrats to hide their deep conservative bias?


To our amusement, the comment falsely claiming the Times endorsed Romney received more Facebook "likes" than our reply (about 20 minutes later) showing the former claim false.

Thanks, discerning readers of PolitiFact! 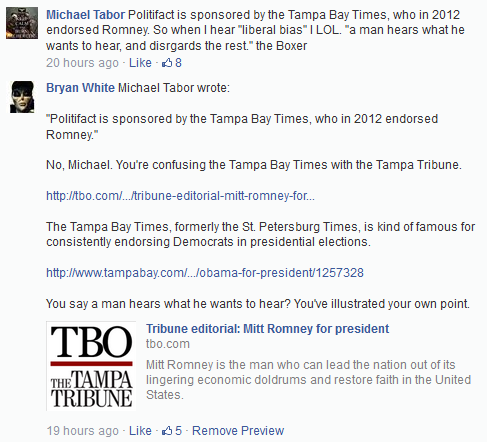