We routinely note that PolitiFact exercises discretion in deciding whether to judge political statements on their literal truth or on the underlying argument.  That editorial choice often makes a critical difference in the final "Truth-O-Meter" rating.

This editorial discretion provides one of the broad avenues through which the ideological biases of PolitiFact staffers may find their way into PolitiFact's ratings.

Let's examine yet another case in point.

On Aug. 8, 2014, PolitiFact rated "Mostly True" a claim from proponents of raising the federal minimum wage that a summer's worth of minimum wage work could pay for the public college education of choice in 1978.


The meme said that "in 1978, a student who worked a minimum-wage summer job could afford to pay a year's full tuition at the 4-year public university of their choice."

If you use the national average the figure is correct. The only problem is the part about a university "of their choice." The data is correct for in-state tuition -- not for any university in the country, where out-of-state rates may well have kicked up the tuition amount beyond a summer’s minimum-wage haul.

On balance, we rate the claim Mostly True.

Obviously in this case PolitiFact ruled on the literal truth of the claim. As noted in the summary, the claim wasn't literally true since it relied on the unmentioned caveat that the prospective student would take advantage of favorable in-state tuition rates. So students would pay the tuition to the in-state college of their choice, not the out-of-state college of their choice. So the claim's literally false but "Mostly True" on PolitiFact's "Truth-O-Meter" before we even look at the underlying argument.

And what is the underlying argument?

We need to raise the minimum wage because its purchasing power has fallen off so much since 1978.

What's wrong with the underlying argument? Just the fact that the argument cherry-picks a notably inflated point of comparison. 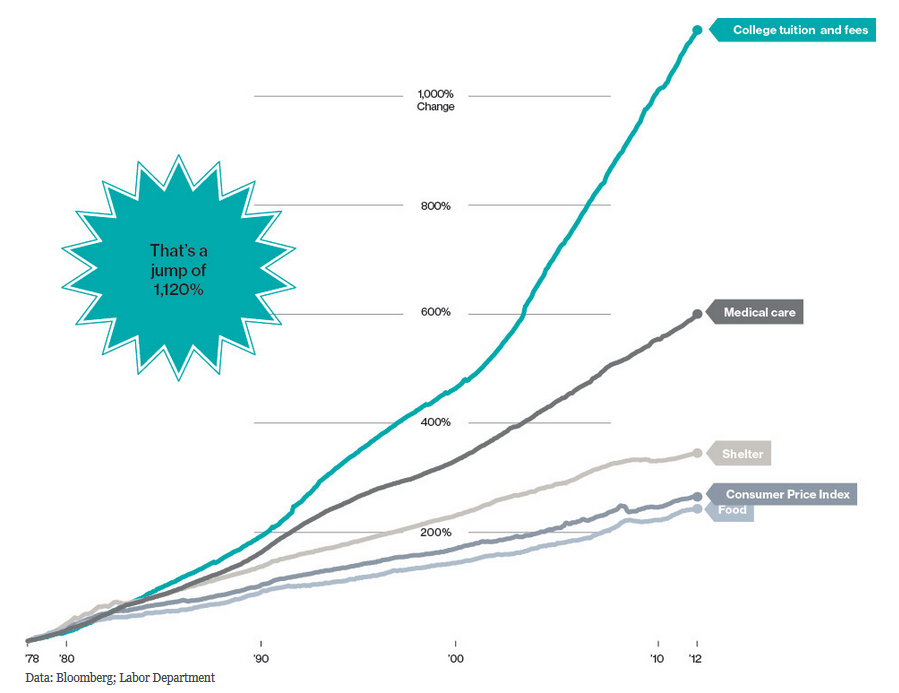 Who thinks the 1978 baseline year is a coincidence?

Despite this obvious cherry-picking, PolitiFact declares as objective fact that the only problem with the claim stems from the out-of-state tuition exception.

The literal claim is false owing to an important and unmentioned caveat.  The underlying argument uses cherry-picking to exaggerate the decreased buying power of minimum wage work.

Coincidentally, raising the minimum wage is favored more heavily on the left than on the right.

This is supposed to pass as nonpartisan?
Posted by Bryan White at 10:50 AM