In the other interview (The Politic), Hollyfield gave a different impression:


There are six gradations on our [Truth-O-Meter] scale, and I think someone who’s not familiar with it might think it’s hard to sort out, but for people who’ve been at it for so long, we’ve done over 13,000 fact checks. To have participated in thousands of those, we all have a pretty good understanding of what the lines are between “true” and “mostly true,” or “false” and “pants on fire.”

If PolitiFact's "star chamber" of editors has a good understand of the lines of demarcation between each of the ratings, that suggests objectivity, right? 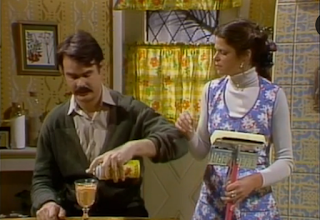 If, as Hollyfield appears to claim, PolitiFact editors have objective criteria to rely on in deciding on "Truth-O-Meter" ratings, then what business does Adair have claiming the ratings are subjective?

Can both Adair and Hollyfield be right? Does New Shimmer's exclusive formula prevent yellowing and taste great on pumpkin pie?

Sorry, we're not buying it. We consider PolitiFact's messaging about its rating system another example of PolitiFact's flimflammery.

We think Adair must be right that the Truth-O-Meter is primarily subjective. The line between "False" and "Pants on Fire" as described by Hollyfield appears to support Adair's position:


“False” is simply inaccurate—it’s not true. The difference between that and “pants on fire” is that “pants on fire” is something that is utterly, ridiculously false. So it’s not just wrong, but almost like it’s egregiously wrong. It’s purposely wrong. Sometimes people just make mistakes, but sometimes they’re just off the deep end. That’s sort of where we are with “pants on fire.”

Got it? It's "almost like" and "sort of where we are" with the rating. Or, as another PolitiFact editor from the "star chamber" (Angie Drobnic Holan) memorably put it: "Sometimes we decide one way and sometimes decide the other."

Though PolitiFact has over the years routinely denied that it accuses people of lying, Hollyfield appears to have wandered off the reservation with her statement that "Pants on Fire" falsehoods on the "Truth-O-Meter" are "purposely wrong." A purposely wrong falsehood would count as a lie in its strong traditional sense: A falsehood intended to deceive the audience. But if that truly is part of the line of demarcation between "False" and "Pants on Fire," then why has it never appeared that way in PolitiFact's statement of principles?

Perhaps that criterion exists only (subjectively) in Hollyfield's mind?

Email ThisBlogThis!Share to TwitterShare to FacebookShare to Pinterest
Labels: 2017, Amy Hollyfield, Angie Drobnic Holan, Bill Adair, Megan McQueen, Obviously it's Subjective, Sometimes We Decide One Way and Sometimes We Decide the Other, The Politic