The folks at PolitiFact must be awfully busy. So busy that they rush their work and have too little time to run correction notices.

James Skoog appears to have noticed it first. 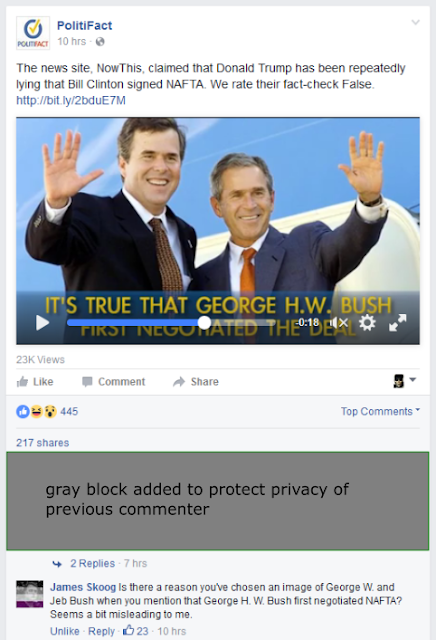 Maybe PolitiFact found a picture of George W. and Jeb waving at George H. W. as the latter negotiated NAFTA?

Email ThisBlogThis!Share to TwitterShare to FacebookShare to Pinterest
Labels: layers of editors, PolitiGaffe